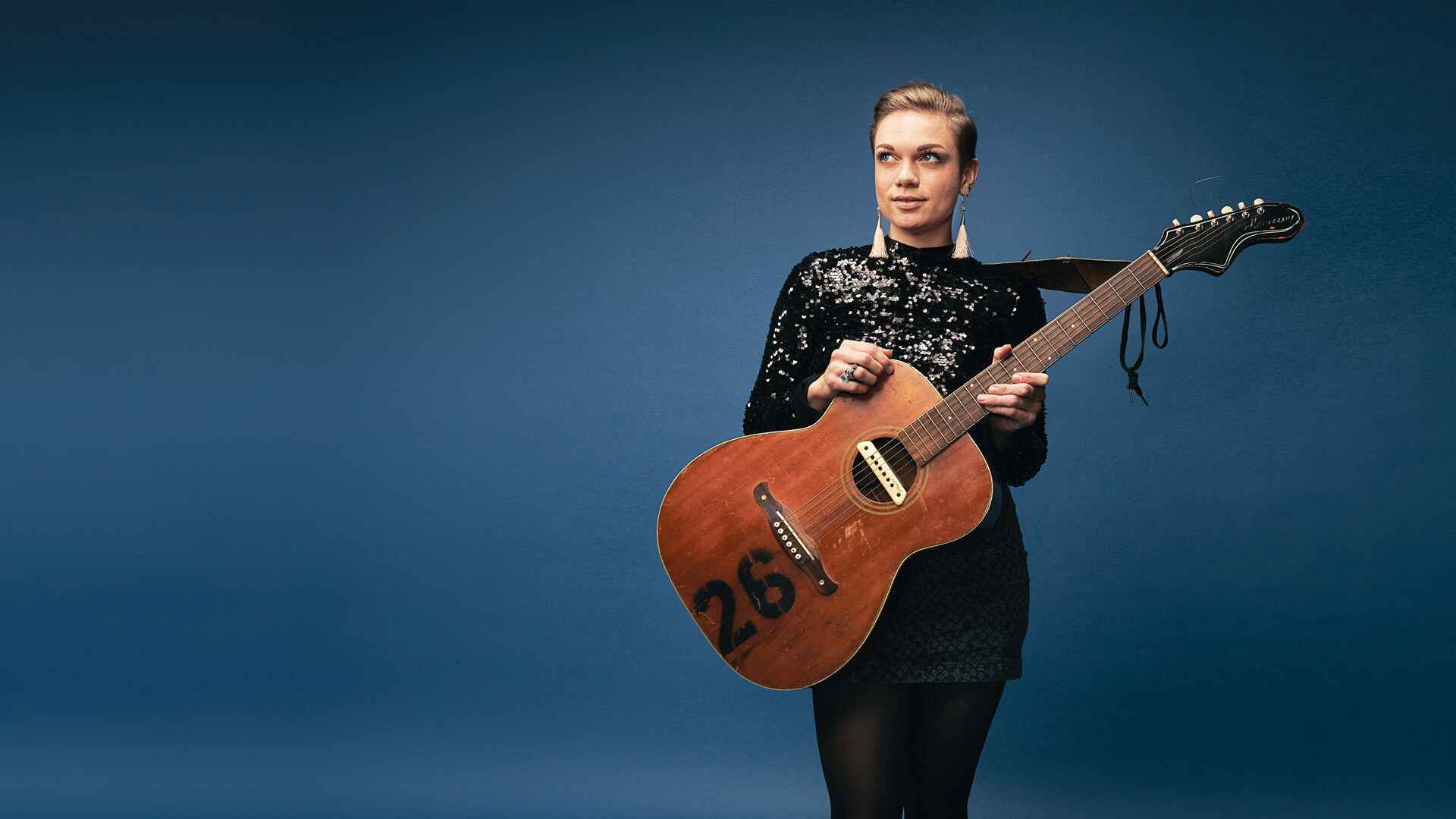 
Lillie Mae has been singing and playing on stages across the country since she could stand on her own two feet. FOREVER AND THEN SOME, her much anticipated Third Man Records debut, sees the Nashville-based singer-songwriter and multi-instrumentalist weaving her own extraordinary experiences with the myriad strains of Americana to create a breathtaking song cycle of romance and struggle, solitude and adventure.

Lillie Mae has been singing and playing on stages across the country since she could stand on her own two feet. FOREVER AND THEN SOME, her much anticipated Third Man Records debut, sees the Nashville-based singer-songwriter and multi-instrumentalist weaving her own extraordinary experiences with the myriad strains of Americana to create a breathtaking song cycle of romance and struggle, solitude and adventure. Songs like “Wash Me Clean” and the plaintive first single, “Over The Hill and Through The Woods,” stand out as snapshots of intimacies, encounters, and moments that matter, reverberating with earnest emotion and restless creative energy. Produced by multiple GRAMMY® Award-winner Jack White III at Third Man Studio in Nashville, FOREVER AND THEN SOME affirms Lillie Mae as a remarkably gifted musical storyteller, a bright new star that’s been here all along.

Born in Illinois but raised on the road, Lillie Mae first started singing when she was but three years old, picking up the fiddle at the age of seven. Her dad, Forrest Carter Rische, taught all five of his children to sing and play alongside him in his Forrest Carter Family Band. The family traveled America in an old motor home, busking country, gospel, and bluegrass from the Branson Mall to RV parks in Texas’ Rio Grande Valley. Though they spent most of their time among other well-traveled musicians, the Risches led a cloistered life, intensely religious with boundaries against anything deemed “too worldly.”

With few friends and limited access to the outside world, Lillie Mae and her siblings forged a special bond that remains to this day, a deeply ingrained familial link that fueled their own original musical approach. In 2000, the family was invited by country music legend Cowboy Jack Clement to visit Nashville for an audition. Clement saw tremendous potential in the young musicians, especially the pre-teen Lillie Mae, who he declared “a major voice” at the tender age of nine.

“Cowboy was closer to me than any grandparent I ever had,” she says. “His influence on me is still strong. He always pushed me to play different instruments; he saw how I would pick up everything in the studio. He was a good friend to me and we remained close until he passed away.” 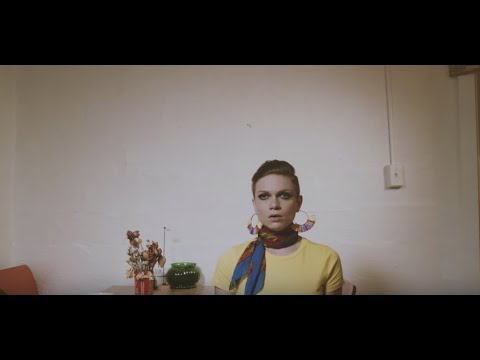 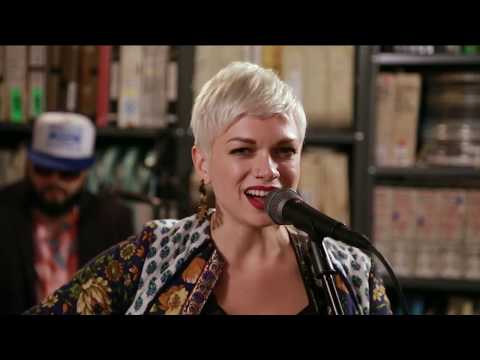 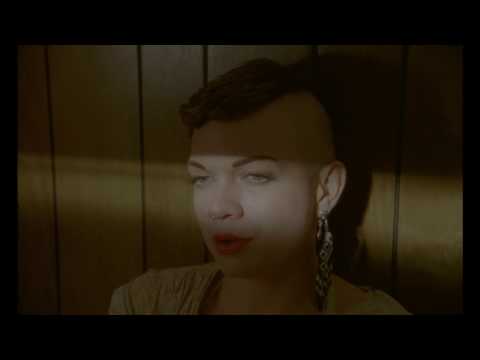 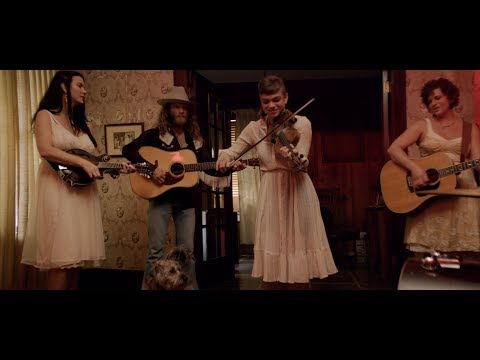 By now all in their teens and beyond, Lillie Mae, brother Frank, and sisters Scarlett, Amber-Dawn, and McKenna Grace, next formed their own group, known around Nashville as simply The Risches. The band’s extraordinary live sets at the famed Lower Broadway honky tonk, Layla’s Bluegrass Inn, made them into local heroes, acclaimed for their electrifying musicianship and groundbreaking bluegrass/country/pop fusion.

Eventually dubbed Jypsi, Lillie Mae and her siblings signed to a major label and in 2008, released their self-titled debut album. The group scored a top 40 country hit with “I Don’t Love You Like That” but their multi-hued Americana proved to be a bit more “far out” than the country world was yet ready to handle.

Lillie Mae continued on, writing original songs inspired by her own uncommon worldview and experience. In 2012, she joined Jack White’s crack touring and recording combo, The Peacocks, playing fiddle and mandolin while also lending vocals to such tracks as “Temporary Ground,” from 2014’s LAZARETTO. The two musicians formed an immediate kinship, both being the youngest children of large families and instrumental polymaths. White was similarly appreciative of Lillie Mae’s songwriting, producing her 2014 Third Man debut single, “Nobody’s” b/w “The Same Eyes.”

Lillie Mae officially set to work recording FOREVER AND THEN SOME at Third Man Studios in März 2016, with White producing and GRAMMY® Award-nominated engineer Joshua V. Smith behind the board. Initially planned as “a trial run” for the album, it quickly became plain that Lillie Mae had come fully armed with chops, ambition, and songs to spare.

“We went in there thinking we would start with three songs,” Lillie Mae says, “see how they turned out. We finished the third song and Jack said, ‘You got another?’ It just became this steady flow from then on. We just kept churning them out.”

Her unique upbringing and lifelong immersion in music has led Lillie Mae to create an authentically original sound all her own. With FOREVER AND THEN SOME, she has forged a kind of Pop Americana, born and raised on country, bluegrass, folk, and blues but imbued with modernist energy and a willingness to push her songs into new shapes and directions. “Honest and True” begins as a heartland heartbreaker but eventually veers into baroque pop terrain while the quirky “Dance To The Beat Of My Own Drum” is as fiercely self-possessed and rhythmic as its title suggests.

“This has been going on my whole life,” Lillie Mae says. “People are always asking me, what kind of music is it? I hear my bluegrass influence and my country influence but there’s some stuff on it, I don’t know where it comes from. It’s probably all my love of melody, of melodies changing, that has to do with where the songs go.”

What binds FOREVER AND THEN SOME is Lillie Mae’s distinctive songcraft, a frank and utterly direct lyrical voice as warm and intuitive as her honeyed vocals themselves. The album’s songs – all penned by Lillie Mae, with arrangement advice and assistance on select tracks by her older sister Scarlett – span much of Lillie Mae’s adult life, exploring “the choices one makes” and what she calls “a string of similar events.”

“There’s not one song on there that’s not true,” she says. “I just jot it down the way I see it. If it didn’t happen, I’m not writing about it. It just doesn’t work like that for me. When a song pushes through, it’s coming through from somewhere and I’ve got to write it down. That’s my obligation. I appreciate it too.”

FOREVER AND THEN SOME features backing throughout by the core combo of Frank Carter Rische on electric and acoustic guitars, Scarlett Rische on mandolin, and the veteran rhythm section of bassist Brian Zonn and drummer Tanner Jacobson, both longtime collaborators with the Risches. Other notables appearing include keyboardist Dean Fertita (The Dead Weather, Queens of the Stone Age), banjo player Ian Craft (The Howlin’ Brothers), and Old Crow Medicine Show pianist Cory Younts, with harmony vocals from McKenna Grace Rische and singer-songwriter Carey Kotsonis. Though all involved make vital contributions, make no mistake, this is very much Lillie Mae’s album.

“I had the luxury of making the record with people I’ve played with most of my life,” she says, “I brought them in because there aren’t any better musicians around that I would rather have play on my record. I was able to really rely on those guys.”

The Third Man sessions continued through October, thanks to Lillie Mae’s abundant songbook as well as her own and her producer’s ever-busy schedules. Lillie Mae admits she would have been perfectly happy to continue, “but Jack finally said, we have a lot of songs to choose from, let’s put a cap on it and call it a day.”

FOREVER AND THEN SOME stands simultaneously as both grounded and adventurous, an indelibly special collection touched by authenticity, resourcefulness, and passion – a passion that shines through in the music itself and Lillie Mae’s live performances. Though she gave her all to craft this remarkable album, Lillie Mae’s greatest pleasure remains performing live alongside her beloved siblings and fellow musicians.

“I’ve been writing these songs my whole life,” Lillie Mae says, “I was blessed with someone that believed in me and gave me the opportunity to record them. Now I’ll get on the road. That’s all I want, I long for it. Touring is where I feel most comfortable in the world. The happiest I could ever be would be to have a gig every day.”