Larry and His Flask


Larry and His Flask are a high energy, five-piece carnival of a band that incorporates rock, folk, bluegrass, soul, brass band, punk and alt-country.

Larry and His Flask are a high energy, five-piece carnival of a band that incorporate rock, folk, bluegrass, soul, brass band, punk and alt-country into their own unique sound. Some people call what they do “folk-punk”, others call it “a bluegrass traveling circus” and everyone who’s seen them live rightfully call Larry and His Flask “down right WILD”. But no matter what you call it, this is a band that has to be seen to be believed.

The Flask hails from central Oregon, smack dab in the middle of the beautiful Pacific Northwest, and is comprised of Jeshua Marshall on contra bass and baritone, Ian Cook on electric guitar and lead vocals, Andrew Carew on banjo, trombone and vocals, Dallin Bulkley on acoustic guitar and vocals, and Jamin Marshall on drums and vocals.  Since brothers Jeshua and Jamin Marshall founded the band in 2003 the band has gone through several lineup changes and fundamental changes to their sound, but they have always held true to their reputation for an foot-stomping, mind-blowingly great time.

LAHF have toured the globe many times and have shared the stage with such acts as Streetlight Manifesto, Decendants, Wanda Jackson, The Dropkick Murphys, Lucero, Old Man Markley, Pokey Lafarge and the South City Three, Reverend Horton Heat,  Strung Out, Trampled by Turtles, Less Than Jake, Against Me!, Andre Williams, Blackalicious, Gym Class Heroes, Paramore, Jenny Owen Young, and Frank Turner and the Sleeping Souls.

“The essence of the banjo is easily lost when it becomes electric. I've tried countless different pick ups and pre-amps and mics and there is NOTHING better than the LR Baggs bridge pick-up paired with the Venue DI. It truly captures the sound of the banjo properly.”

Andrew Carew / Larry and His Flask

In any given performance audiences are guaranteed to hear harmonica, contra bass, electric and acoustic guitars, drums, banjo, trombone, trumpet and baritone horn as all five guys trade off instruments mid-song while careening back and forth across the stage in a punk rock ballet of sorts, narrowly avoiding collisions constantly.

Their love of old school country, folk, hip hop, gypsy jazz, and everything in between comes shining through in their full length albums “By The Lamplight” (released Juni 2013) and “All That We Know”. They also released a critically-acclaimed 6-song EP (“Hobo’s Lament”) in 2012.

From street corners to barns, from squats to coffee shops, from dive bars to international music festivals, Larry and His Flask continue to bring their own brand of rock and roll to the people.  Lauded by The New York Times as one of the most dynamic live shows around, The Flask strive to make sure that no one misses out on the fun.  So, if they happen to be in your state, province or country do yourself a favor and check them out! 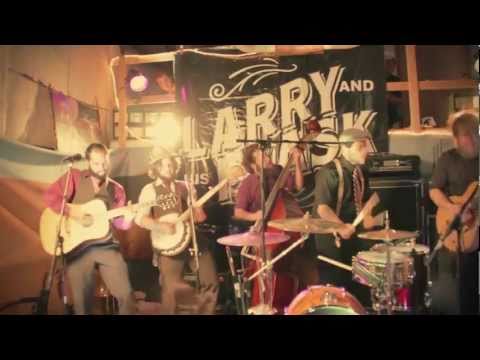 Larry And His Flask- Call It What You Will OFFICIAL 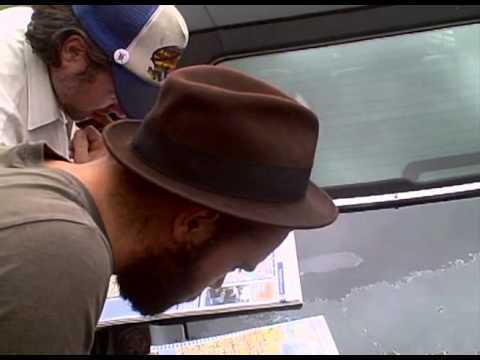 LARRY AND HIS FLASK RECORDING THERE NEW ALBUM