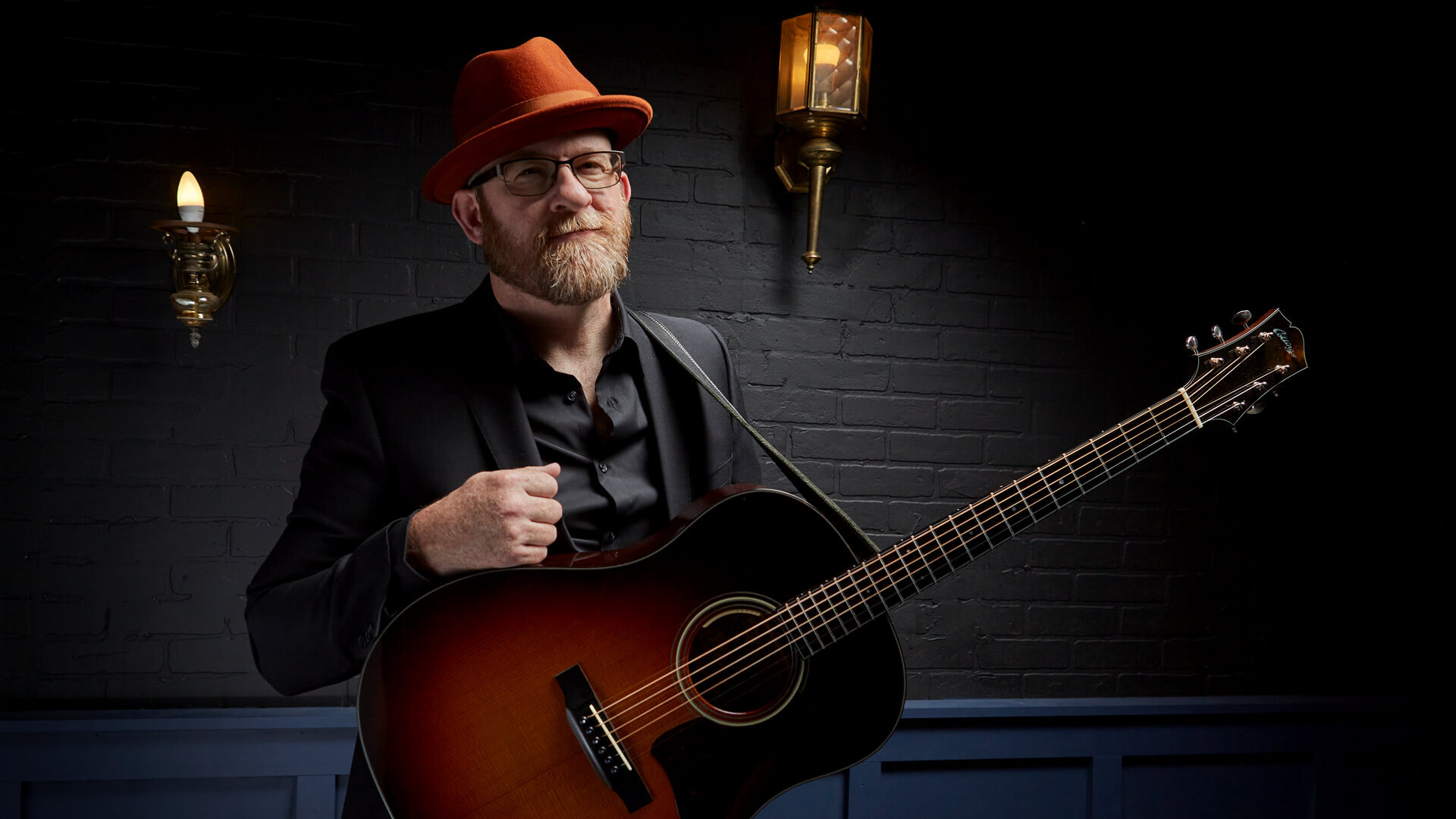 
Bob Minner was raised in a household with a broad musical variety, from Barbara Streisand and Herb Albert, to mountain banjo guru Wade Ward and various string bands, to the more sophisticated Osborne Brothers bluegrass.

“I’ve been a Baggs pickup endorser for the past 15 years. They are absolutely the best pickups in the world. They’re easy to install, they sound great night after night and they don’t break down.”

“Baggs pickups bring out the subtleness, sweetness and tonality of my guitars accurately, and with my using in-ear monitors, it’s crucial that it sounds natural to me at the source.”

“I’m currently using the Anthem series in all my guitars and couldn’t be happier.”

The word “guitar” seems to be inseparable from guitarist, songwriter, & producer Bob Minner. Having played guitar for 40 of his 46 years, you could say that it has imbedded itself in the very core of his being. “I have a picture of me at 20 months old with a plastic guitar in hand, so I guess it was inevitable. I have always heard it in my head though, for as long as I can remember” Bob says.

And for good reason. Bob was raised in a household with a broad musical variety, from Barbara Streisand and Herb Albert, to mountain banjo guru Wade Ward and various string bands, to the more sophisticated Osborne Brothers bluegrass. Bob’s first instrument wasn’t guitar, but banjo, in the clawhammer mountain style. When Bob was about 5, Bob’s dad was taking clawhammer banjo lessons from a field recorder for the Smithsonian named Jim Olin. “I remember this hippie looking guy sitting with my dad, and I would watch this hypnotic right hand motion of Jim’s, and I guess it really spoke to me.”

As a flatpicking guitarist, Bob has won 3rd place twice (1986-1987) in the prestigious National Flatpicking Championships held every September in Winfield Kansas, as well as many other regional contests for fiddle, banjo, and guitar.

Currently, Bob has been a Dancehall Doctor for 18 years, and has been laying down the rhythm guitar and resophonic guitar for Tim at every show. Bob has played on four of Tim’s records (Tim McGraw & The Dancehall Doctors, Live Like You Were Dying, Let It Go, Southern Voice); contributing his acoustic guitar to over 7 #1 hits as well as many other chart songs by McGraw. Bob has appeared on every major award show and television show as well, including The Tonight Show, David Letterman, Ellen DeGeneres Show, Oprah, Jimmy Fallon, American Music Awards, The Grammy’s, ACM Awards, CMA Awards, and many others. As a songwriter, Bob has had songs cut by Dailey & Vincent, Blue Highway, Special Consensus, and Ronnie Bowman.