With a slightly punky perspective on vintage American blues, The Devil Makes Three is a breath of fresh musical air.

With a slightly punky perspective on vintage American blues, The Devil Makes Three is a breath of fresh musical air on its eponymous Milan debut. Laced with elements of ragtime, country, folk and rockabilly, the critically praised, drummer-less trio – consisting of guitarist/frontman Pete Bernhard, stand-up bassist Lucia Turino and guitarist Cooper McBean – brings forth a genuine approach to acoustic music that is deeply steeped in rhythm.

“The rhythm is what our band is about,” Bernard enthuses. “We write with rhythm and dancing in mind.” Launched with the “The Plank,” an ode to meeting one’s maker, The DMT’s infectious amalgam of styles talks the talk and it walks the walk right out of the starting gate.

From the outfit’s badass, backporch blues ode “Ten Feet Tall” – which is alive with three-part harmonies – to “Shades,” a wry look at barstool hugging daytime drunks, Pete, Lucia and Cooper create music that is pleasingly dissimilar to most other bands in modern music. Early critical praise of its self-produced recorded entry has earned comparisons to the likes of The Violent Femmes, Steve Earle and The White Stripes.

“I grew up listening to a lot of old blues music when I was young,” explains Pete, who was raised in rural Vermont and first befriended McBean in the eighth grade. “He was the only person I knew who was into the same style, although he leaned more toward the country side of things. When we started out playing, we were doing punk and rock.”

Fast forward a decade as The Devil Makes Three took shape in Santa Cruz, California. Pete moved west right out of high school with Cooper soon following suit. After first settling Olympia, Washington and playing in an ill-fated band, McBean – who by now had the name of his home state tattooed across his neck – again joined musical forces with Bernhard. In turn, they later teamed with New Hampshire-native and U.C. Santa Cruz attendee Lucia.

A spiritual fit, her enthusiasm made up of for her initial lack of ability. “Lucia had always wanted to play bass,” says Pete. “Cooper and I had already rented a stand-up bass for the group. And the main reason we were really excited about letting her give it a shot was because she didn’t know how to do anything we didn’t want her to do. And our music is simple, so the last thing that we wanted was someone who was overplaying for fear it would ruin the songs. She wound up learning really quickly, and it wasn’t long before she surpassed us.”

With the goal of being “an acoustic band but to play our shows like a rock show,” the band changed notions of what acoustic music could be. “A lot of it is really calm, and performances are sort of a ‘sit down, don’t talk, don’t move’ kind of an event. Thinking back to the old blues, ragtime and jug band music, it was house music, party music. That was what we wanted to do. And there really aren’t any other bands doing that.”

That festive spirit carries forth to the live favorite “Old Number Seven,” a blistering homage to Jack Daniels Whiskey. ���I didn’t set out to write about a particular product, but it just came to me. I had the chord progression, and the next thing you know I was singing.” More cerebral, but no less celebratory is the upbeat “Beneath the Piano.” Written about a New Year’s Party he attended back east, Pete says, “A bunch of people just wound up getting totally wasted and passing out under the piano. And I was one of those people. So that gave the chorus its life.”

If the equally eerie and pensive “Graveyard” is elevated by exquisite finger-picking, and matched by Bernhard’s haunting, soulful delivery of lines like, “Just leanin’ on my shovel in this graveyard of dreams”, “The Bullet” balances a punky feel with a noticeable affinity for Bob Dylan.

“It’s a traditional story-song,” Pete says of the tune, which is loosely based on the idea of Mississippi John Hurt’s “Stagger Lee”. “I wanted to try character writing. While most of my songs come from my experiences, that one doesn’t. But it’s the story of a criminal. I knew a couple of people who had been in jail. Their mentality afterwards was that they never wanted to go back. It didn’t reform them, but made them into more of a die hard, suicidal kind of criminal, who would rather die than end up incarcerated again.”

Speaking of Hurt, his immeasurable influence over the band is fully realized on The Devil Makes Three via one of four new bonus tracks. Of his trio’s forceful rendition of his American Blues staple “Nobody’s Dirty Business,” Bernhard says, “He was one of the great finger-pickers I loved. We were actually lucky enough to have recorded that while we were on tour in France.”

While McBean takes inspiration from folk fixture The Reverend Gary Davis and Doc Watson, Turino counts Hank Williams, Johnny Cash, The Pixies and Gillian Welch, Bernhard was heavily swayed by the art of Lightnin’ Hopkins, the aforementioned Dylan, Tom Waits and Robert Johnson. The end result is genuine blues music that thrives as much in a live setting as it does on The Devil Makes Three.

“Banjos are the hardest instrument I have ever tried to amplify. The Venue DI handles the challenge like a champ. Both piezo and magnetic pickups sound great, there is plenty of headroom and EQ flexibility, and the tuner and boost are really nice additions. The fact that I could fit 20 of these things in the space that my old amp used to take up doesn't hurt either!”

“We play mainly rock venues where it’s not seated,” Pete explains. “Everybody dances. And except for the instrumentation and the fact that we don’t have a drummer, it’s pretty much like a rock gig. It can get pretty crazy, people are dancing and drinking and yelling. And that’s the way we like it.”

Proof that mayhem can be found without a drummer, Bernhard adds, “Our thinking is, ‘Let’s get people to have a good time and get together and go crazy.’ And they should treat seeing us like going to a punk rock show, even though it’s something that sounds considerably different.”

Different but alluring and undeniable, as evidenced by the ferocious “Dynamite”, which is upheld by what Bernhard calls, “stream of conscience lyrics,” The Devil Makes Three intend to spread its fiendish blues across the fruited plain in support of its first proper album.

“We thought these recordings are the best representation of what we can do,” Pete says. “And the word is spreading to a vast array of music fans, from Deadheads to punk rockers, bluegrass barflies and beyond.

Of their ability to draw a wide spectrum of fans from all genres and ages, Bernhard says, “I’ve never really understood it, but I’ve always been really happy about it.”

“We’re not really a genre-specific band,” he concludes. “I’ve actually had people come up to me and say, ‘I don’t listen to anything but hip-hop, but I love The Devil Makes Three. So I think we’ve always tried to keep it so you can’t really define our band. That always keeps things really exciting.” 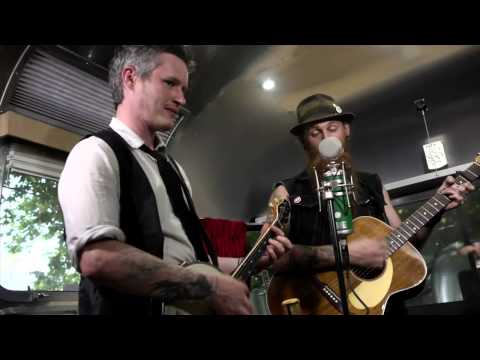 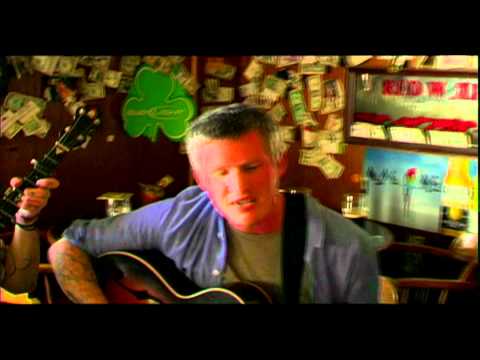 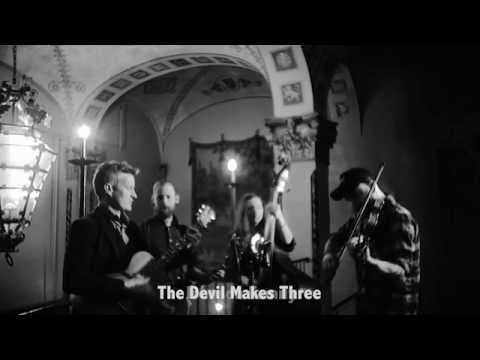 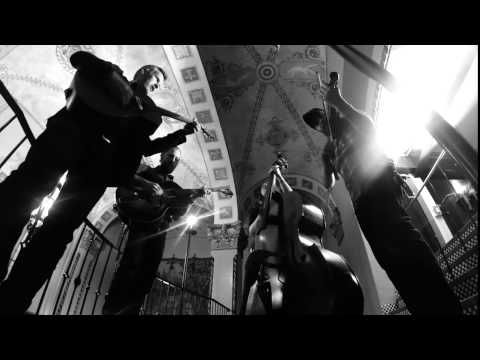