When singer-songwriter Janis Ian wanted a new guitar in 1978, she looked to Lloyd Baggs. Known today as an innovative designer of acoustic-guitar pickups and electronics—most guitarists are familiar with his L.R. Baggs brand—he was, at the time, a successful luthier whose forward-thinking guitar designs had caught the fancy of such players as Jackson Browne, Ry Cooder, and Graham Nash. Ian, best known for her 1967 ballad of interracial love, “Society’s Child,” and the 1975 megahit “At Seventeen” was looking for a small-bodied instrument with a scalloped fingerboard. The resulting guitar, pictured here, ended up being No. 19 of the 32 guitars Baggs built between the mid-’70s and 1982.

“I started using it as soon as I got it,” Ian remembers. “It’s the main acoustic single-line guitar throughout the [1979] Night Rains album, especially at the end of ‘Have Mercy, Love.’ It has great vibrato!”

Even though the guitar looks like your standard 12-fret 00, it is actually chock-full of design elements and ideas that were radical in the late ’70s and that would even be unusual today. Among these is a neck with a fully scalloped fingerboard and composite construction. Baggs hollowed out the rosewood neck (“like a canoe,” he says) until all that was left was a 1/8-inch thick skin. Into this channel, he laminated alternating pieces of 1/8-inch thick spruce and .015-inch sheets of carbon graphite. 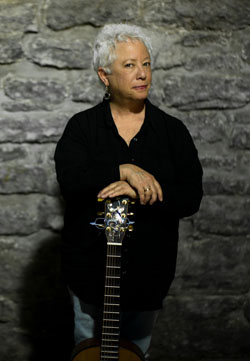 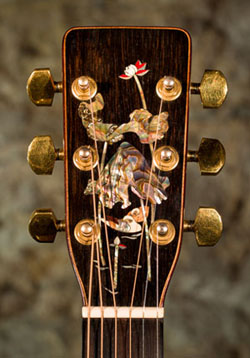 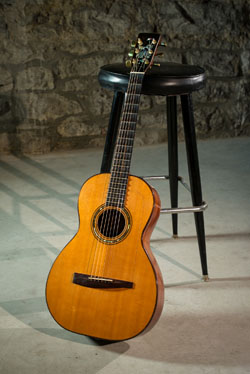 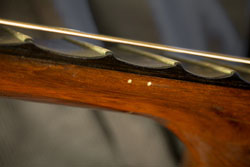 “This makes for an extremely stiff and stable neck with a resonant frequency above the highest fundamental,” Baggs says. “Consequently, there are no dead notes on the neck.”

The guitar has a spruce top and South American rosewood back and sides. Baggs attached the top to the rim using the traditional Spanish method of individual blocks, rather than kerfing; he says the Spanish method leads to less stress. The guitar’s top is braced with a modified fan pattern, with a crossbrace sharply angled toward the treble side. “This gave enough stiffness to support the trebles, and allowed the bass side some extra flexibility for good low-end response,” Baggs says.

The instrument’s headstock inlay was inspired by Chinese artist Chang Dai-chien and executed in abalone. French polished, and outfitted with an L.R. Baggs LB6 pickup and Micro Drive preamp, it was a frequent partner for Ian’s performances, both live and in the studio. “I also used it on the next two albums, Restless Eyes [in 1981] and Uncle Wonderful [1983], and on the road through that period,” she says.